L. Barkley Gets “Unfrozen” and Back in the Pool 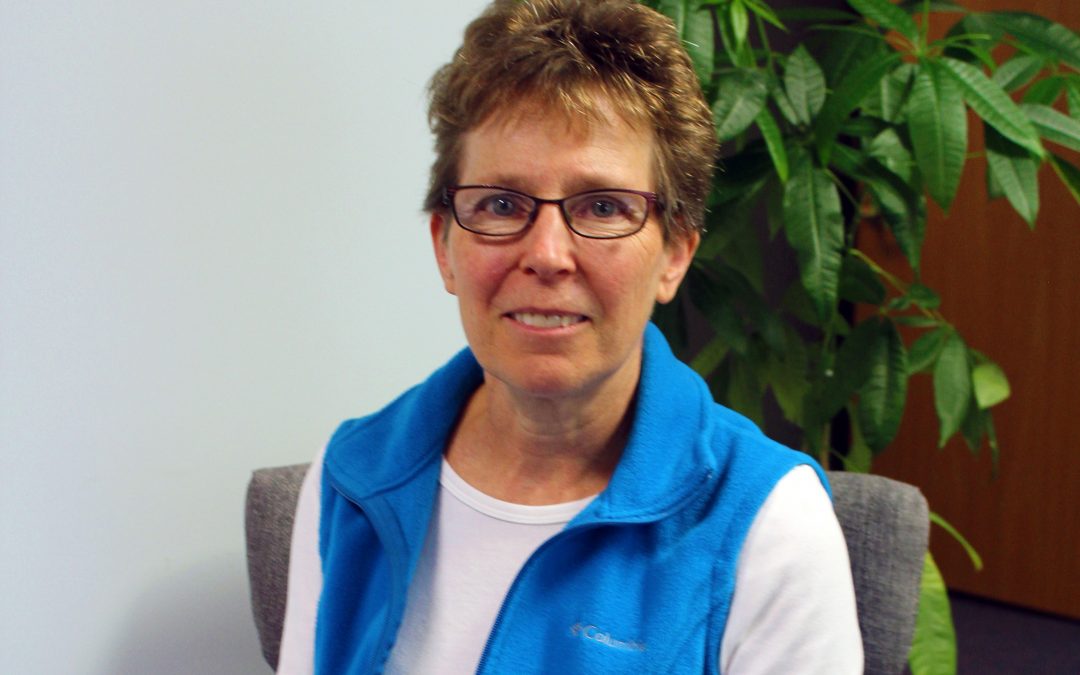 To say that L. Barkley of Midland enjoys being active is an understatement. From working in her yard to volunteering her services at local non-profits to spending time with her grandkids, her days are filled with activities that she not only enjoys, but enrich her life. One activity she enjoys the most is swimming, so when pain in her shoulder that she admittedly ignored for a while became so painful that she could no longer swim her daily mile, she knew it was time to seek medical attention.

“My husband has been through several medical procedures on his hip, knee, neck, and foot, so I thought complaining about my shoulder didn’t compare,” says Barkley. “I thought I could just work through it and that swimming might actually help it.”

With a plan for treatment in place, Barkley’s physician performed the shoulder manipulation in late September.

“I went from the procedure straight to Midland Physical Therapy for my first treatment that same day. My arm was still numb from the procedure when I arrived,” says Barkley. “That first session increased the circulation and my arm started tingling.”

Through 15 therapy sessions over the course of a month that involved both physical and manual therapy, Barkley’s frozen shoulder “thawed.”

“They had me doing exercises on some of their equipment, but each session involved manual therapy to manipulate the arm in certain positions that the PT exercises weren’t doing,” says Barkley.

One of the things that Barkley appreciated most about Midland PT was that she had one dedicated therapist throughout the course of her treatment. It gave her confidence that her therapist was on top of her status and progression throughout her treatment.

“Ryan was wonderful,” says Barkley. “I would describe him and the entire staff as professional, pleasant, and punctual.”

One of the main questions Barkley had following the shoulder manipulation was when she could get back in the pool. “My doctor didn’t provide a timeline. In terms of understanding the rehab part, it was from Midland PT’s expertise.”

Barkley was told it would likely be several weeks before she could resume swimming. She had the procedure in late September and attended physical therapy throughout the last week of September and most of October. She returned to the pool in early November* – roughly six weeks after the procedure.

“I’m back to swimming my normal mile,” says Barkley. “The discomfort is much less than before the procedure and getting better each day.”

Barkley is also enjoying being able to work in her yard and wrap her arms around her grandkids. She recalled a time before the procedure when her granddaughter tried to lift her arm around her while they were reading a story. “The pain was excruciating. You take little things like putting your arms around your loved ones for granted,” says Barkley.

Barkley is very pleased with the care she received from Midland Physical Therapy and can’t say enough good things about Ryan and the staff.

Midland PT can take a bow for the care they provided. For her part, Barkley will take a lap around the pool.

* L. Barkley provided information for this testimonial on November 10, 2017.